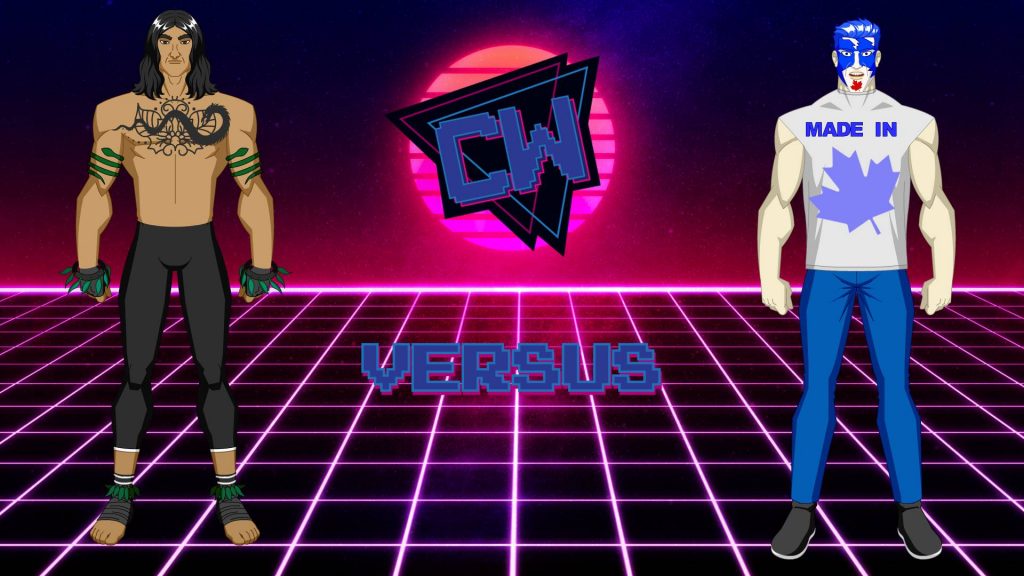 Robbins: Already in the ring is DEWEY SMARTS!

The instrumental version of “Aloha ‘Oe” by Neverland in Ashes starts to play and The Pale Rider himself, Holo Make, steps out onto the stage. He looks out at the crowd, eyes wide as if taking in the people around him. He stalks down to the ring, spooking some of the audience members who get too close. Otherwise, his eyes are focused on the ring with interest.

Robbins: And his opponent! Weighing in at 374 Pounds! The Pale Rider…. HOLO MAKE!

Once he reaches ringside, Holo Make climbs onto the steps, crawling onto the apron and entering the ring. He looks to the nearest camera and grabs it. He brings it to his face, shouting “I ka mōʻī wahine ʻo Lili’uokalani” into it before shoving it back. Holo begins to pace around the ring, waiting impatiently.

As the Bell rings Holo tilts his head towards the smaller Dewey Smarts. Dewy runs at Holo, and is able to duck under a massive clothesline from Holo.

Dewy rebounds off the ropes and is met by a massive open palm slap to the center of his chest. Smarts crumbles to the mat in a heap. Holo looks down on the Canadian, and shakes his head. Holo gets to a corner and begs for Dewey to get to his feet. Slowly Smarts does. And as he turns around.

Howley: I don’t know what you just said, but it’s all over but the singing now.

Holo gets to his feet and places one square on the chest of Dewey Smarts.

Moss: Make now is on an absolute tear here in Classic Wrestling. We’d better step up the competition on Holo, or he may never lose again!

Howley: I can’t wait to see him clash with some other big meaty men here in Classic!

Make makes his way out of the ring and to the back, leaving “Blue Canada” writhing on the mat.